Transparency and Coordination in Human-Robot Collaboration

We believe the transition from robots as recipients of human instruction to robots as capable collaborators hinges around the implementation of transparent systems, where mental models about the task are shared between peers, and the human partner is freed from the responsibility of taking care of both actors. In this work, we implement a transparent task planner able to be deployed in realistic, near-future applications. The proposed framework is capable of basic reasoning capabilities for what concerns role assignment and task allocation, and it interfaces with the human partner at the level of abstraction he is most comfortable with. The system is readily available to non-expert users, and programmable with high-level commands in an intuitive interface. Our results demonstrate an overall improvement in terms of completion time, as well as a reduced cognitive load for the human partner.

Video summary of the proposed work.

We target robotic systems that are readily available to non-expert users. In this respect, a hierarchical task model (HTM) serves as the entry point for such users: it models the task with the same level of abstraction that one would use to describe the task to another person, while hiding the details of the implementation (cf. Fig. 1).

Figure 1. HTM for high-level task representation. The user can inspect the task at various levels of granularity, and get feedback from the robot about its estimate of the current subtask (cyan block in picture).

We propose an automated technique able to transform task-level HTMs into low-level on-line planners by using POMDPs. We focus on the optimal exploitation of communication as a (costly) way to reduce uncertainty on the system without affecting its state. To fulfill this goal, we convert each primitive subtask (that is, each leaf composing the HTM in Fig. 1) into a small, modular POMDP, which we call a restricted model (RM [Shani2014], cf. Fig. 2). Hence, the RMs are mostly independent from the rest of the problem and can be studied in isolation. Rach RM is then composed at a later stage and the problem is solved in its entirety. This approach benefits from the modularity of the HTM representation, without the typical sub-optimality of policies that do not consider the full problem. 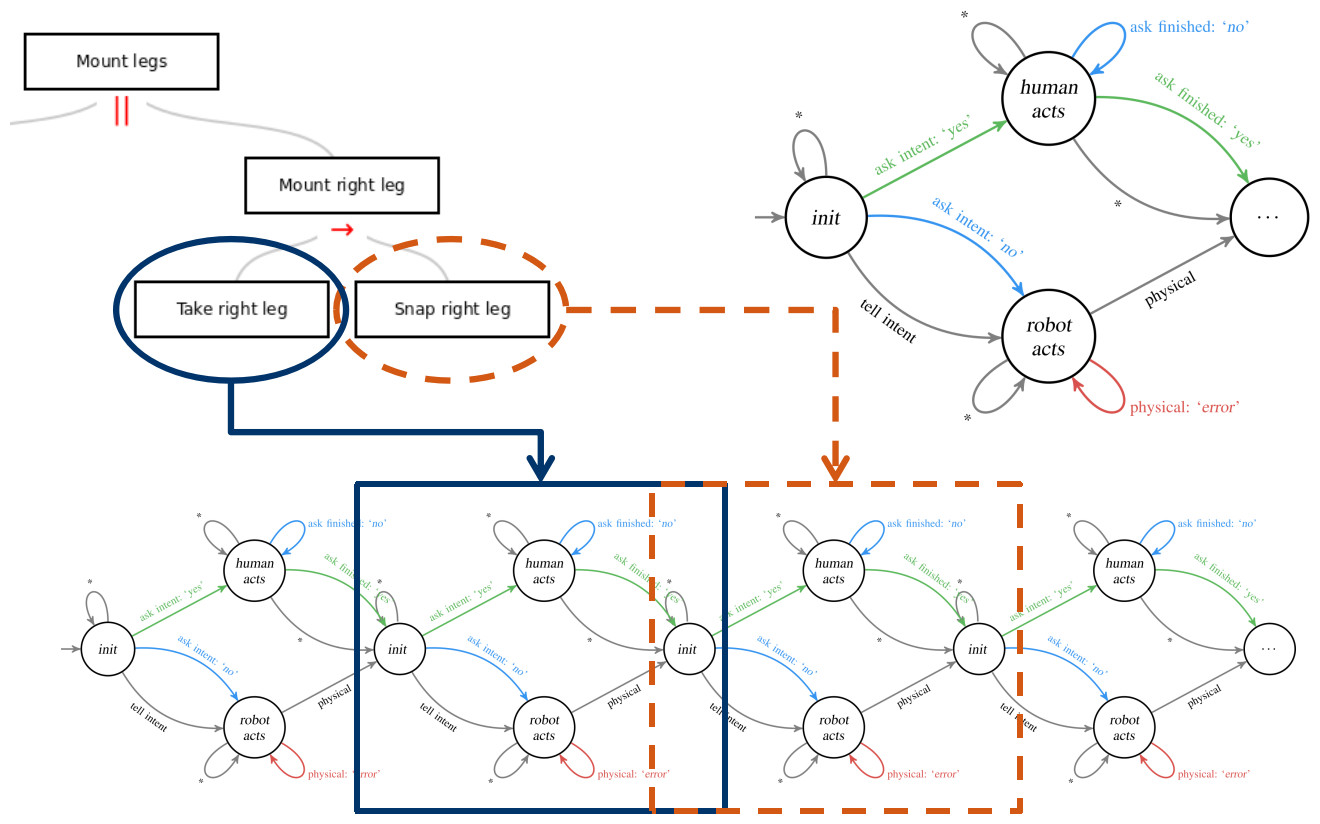 Figure 2. Depiction of the technique used to transform human-readable task models into robot-executable policies. We focus on the optimal exploitation of communication as a (costly) way to reduce uncertainty on the system without affecting its state.

In our experiment, the human and the robot are engaged in the joint construction of flat-pack furniture—specifically a stool (cf. Fig. 3). The metric used to assess the effectiveness of our approach is the completion time that the overall human-robot collaborative system takes to complete the task. We compare our proposed system (Exp B) against a control condition (Exp A), where the human operator actively asks for specific actions to be performed by the robot through a web interface. A series of snapshots illustrating the task is shown in Fig. 3. 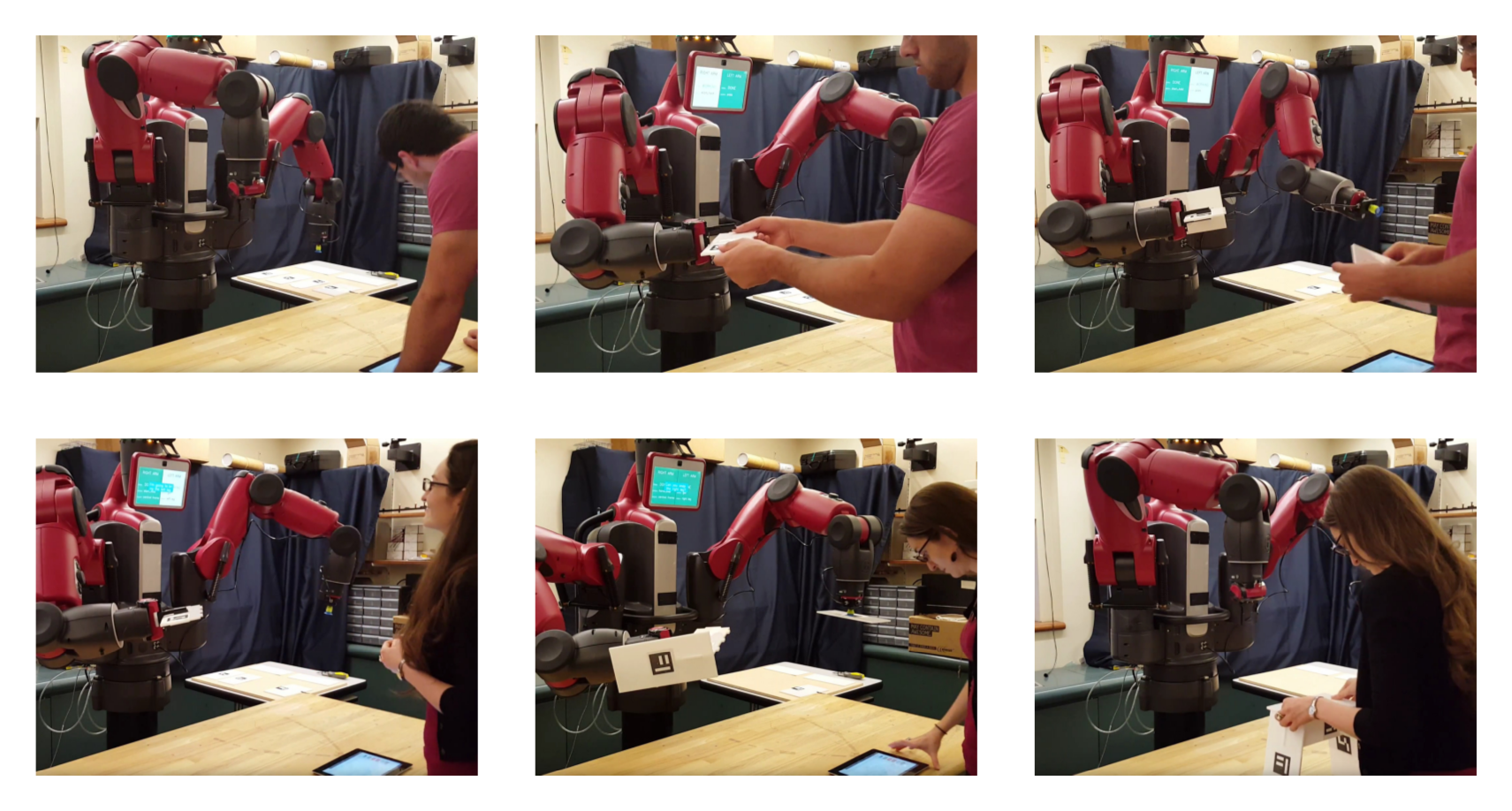 Figure 3. Snapshots acquired during the collaborative assembly of the stool in the control condition (top) and the interactive condition (bottom).

The framework has been released under the LGPLv2.1 open-source license, and it is freely accessible on github.com/scazlab/baxter_collaboration for the Baxter’s controllers, and github.com/scazlab/task-models for the HTM to POMDP planner. Although the majority of the codebase is robot-independent, the control architecture is readily available for any Baxter robot.

We test the proposed system in a proof-of-concept scenario in which the human and the robot are engaged in the joint construction of a stool. The system has been evaluated with 8 participants, in a within-subjects design. Overall, the results suggest evidence of an improvement in terms of task efficiency: two-samples t-test between conditions A and B shows statistically significant difference, with a p-value of 0.016.

Finally, we have registered a general user preference toward the proposed system. Multiple reasons were given that support the idea that a more transparent interaction favors the collaboration between peers. Most of the comments suggested a reduced cognitive load as the reason for such preference. Please refer to the paper for further information.